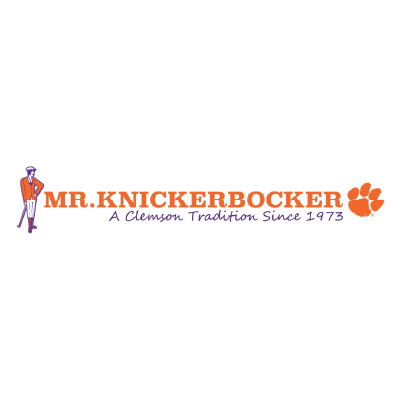 A Clemson Tradition Since 1973

Mr. Knickerbocker is named for its distinct logo, which depicts a man wearing knickers and leaning on a golf club. Though developed before the store itself was open for business, both the name and symbol became synonymous with our company and widely recognized within the Clemson family. What makes Mr. Knickerbocker unique is its dedication to Clemson as 100% of its merchandise is licensed Clemson products. With its total focus on Clemson University, Mr. Knickerbocker has a national reputation with Tiger fans. A Clemson tradition since 1973!

Member since 3 years ago
View Profile